Cases of forced labor involving underage girls accounted for 21% of the total. Most of the trafficked and identified individuals outside their region of origin come from East Asia, followed by Sub-Saharan Africa. Although there has been an increase in the number of convictions for the crime of trafficking in both areas, the UN study concludes that large areas of impunity still exist on the African and Asian continents.

The report notes that  remain very low. Trafficking for sexual exploitation is the most common form of crime in European countries, while in Sub-Saharan Africa and the Middle East, forced labor is the main factor behind the illicit trade in human beings. Sexual slavery of women and girls According to UNODC executive director Yury Fedotov, “human trafficking has taken on horrific dimensions since armed and terrorist groups use it to spread fear and use victims to offer them in incentives and recruit new fighters.

“Nadia Murad is the first victim of the tra human aphetic who was appointed UN Goodwill ambassador and, in sharing her experience of slavery at the hands of Islamic State terrorists, became a reference voice to expose this abominable crime, “added Fedotov.” I ask the community that hears Nadia’s request for justice and I hope that this report contributes to that cause.

”Women and girls represent 75% of people trafficked for sexual exploitation and 35% of individuals who end up in forced labor situations. Trafficking in armed conflicts The report’s main theme is the impact of armed conflict on human trafficking. In confrontational zones, where the rule of law is weakened and civilians have little protection against crime, armed groups and criminals can take advantage of this to traffic them.

An example of the research

is the cases of girls and young women who live in refugee camps in the Middle East and are “married” without consent, being subsequently subjected to sexual exploitation in neighboring countries. Facing human trafficking is a fundamental part of the UN Sustainable Development, which requires Member States to monitor progress in tackling the problem and report the number of victims, with data separated by sex, age and type of exploitation. 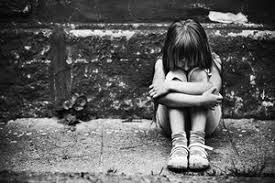 However, significant information gaps remain, with many countries in sub-Saharan Africa, South Asia and some parts of East Asia still lacking sufficient capacity to record and share data on the practice. “This report shows that we need to expand technical assistance and strengthen cooperation to help all countries to protect victims, bring criminals to justice and achieve the Sustainable Development Goals, ”added Fedotov.

The report highlights that impunity remains a serious problem: 40% of countries have pointed out only a few or no convictions, and over the past 10 years, there has been no noticeable increase in the global justice response to this crime, leaving a significant portion of the population vulnerable.

Girls are 2 out of 3 children victimized

and, together with women, represent 70% of the victims of total trafficking worldwide. “Unfortunately, the report shows that there is no place in the world where children, women and men are safe trafficking in human beings, “said UNODC Executive Director Yury Fedotov. “The official data communicated to UNODC by the national authorities of the different countries represents only what has been detected. It is very clear that the scale of modern slavery is much worse.”

with transcontinental trafficking mainly affecting rich countries. In some regions – such as Africa and the Middle East – trafficking in children is a major concern, as they account for 62% of victims. Trafficking for forced labor – including the industrial and construction sectors, domestic work and textile production – has also increased steadily over the past five years. Around 35% of trafficking victims detected for forced labor are women.

There are, however, regional variations: victims in Europe and Central Asia are mostly trafficked for sexual exploitation, while in East Asia and the Pacific,forced labor dominates the market. In the Americas, both types are detected in equal measure. Most flows are interregional, and more than 6 out of 10 victims have crossed at least one national border. The vast majority of convicted traffickers – 72% – are male and are citizens of the country in which they operate.