However, the higher prevalence of is not apprehended as a result of their social exclusion. Stigma works to hide the relationship of determination between vulnerability and harm. The idea prevails that prostitutes are more ill because they do not follow the gender norms regarding the exercise of sexuality by women.

The disease would be the price to pay for the deviation. And so, the stigma is perpetuated. Abortion and stigmaThe induction of abortion in Brazil is regulated in the Penal Code, which typifies it as a crime against life, punishable by one to three years of imprisonment. This practice is not considered a crime when it aims to save the woman’s life or when the pregnancy results from rape.

The criminalization of abortion

contributes to the maintenance of high rates of maternal morbidity and mortality, compromising the achievement of the commitments made in relation to the millennium development goals.24 In recent years, the number of abortions performed with judicial authorization has grown in women whose fetuses they have anomalies incompatible with survival outside the womb.25

In other words: the prostitution of women confirms a male privilege in relation to sexuality and, at the same time, disqualifies the woman who prostitutes herself. In this way, the stigmatization of prostitutes obscures the gender inequalities that mark the social insertion of the prostitute. Women who work as prostitutes are seen as intrinsically “bad”, which “justifies” their reduced access to rights and resources, which increases their vulnerability to various diseases,

especially those related to sexual and mental health.  According to the National Abortion Survey, 25 one in five Brazilian women under 40 years of age has had at least one abortion in their lifetime. Correlating this high proportion is the magnitude of post-abortion curettage, the most common obstetric procedure performed in public hospitals in Brazil after delivery.26 In 2013, SUS services recorded 187,517

alongside 5,658 uterine emptyings by the technique of manual intrauterine aspiration, used in cases of non-punishable abortion.26 It should be noted that abortion is a relatively safe procedure, when done in good conditions. The complications that motivated the hospitalizations and the eventual deaths result from the clandestine situation in which the abortion was performed. 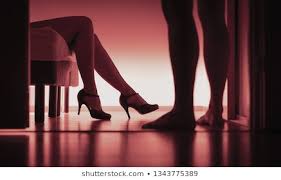 For example, the most widely used method for inducing abortion today, misoprostol, although effective and with few side effects, to the point of being responsible for the significant reduction in post-abortion complications in Brazil and worldwide, 27 cannot be sold in Brazilian pharmacies.27 This impediment makes abortion the object of an illegal trade – often associated with the drug trade -,

The degree of insecurity in the practice of abortion is directly related to social vulnerability: death due to abortion has a higher incidence among young, poor and black women.28 In contrast, young people with a higher income level and higher education are less likely to become pregnant than the poorest or less educated and more likely to have a safe abortion.carried out with 398 research reports and empirical studies shows that in Brazil,

by women between 20 and 29 years of age, living some type in a stable relationship, who work, have up to eight years of study and at least one child alive.29 The main reasons that lead them to terminate the pregnancy are: impossibility of having a child at that moment in life; lack of economic conditions; instability in the marital / affective relationship; partner’s refusal to assume paternity; and lack of family support.

Reports of maltreatment and poor quality of care are recurrent in research on the topic. According to the Medical Code of Ethics, it is forbidden for the doctor to cause harm to the patient ‘by action or omission’, meaning that a doctor cannot fail to attend , or poorly care for women in an unsafe abortion situation. However, this has not been the most frequent practice in services.

In contrast, women who started abortions at home and went to the hospital to complete the process were reported to the police by the doctors who attended them. Even in situations where the law allows abortion, women do not always receive quality care. The service is not available in all SUS or private units, and there are professionals who refuse to perform the procedure alleging conscientious objection.

In these cases, it would be the professional’s duty to refer the patient to another colleague, guaranteeing her the necessary assistance.30 In the same way that it would be up to the local manager to take the necessary steps to ensure this flow between colleagues or between services.30 Refusal of care, postponement, negligence and imputation of unnecessary suffering to women, including attempts to dissuade them from terminating pregnancy, are situations often experienced by women seeking an abortion permitted by law.