“Even though most countries criminalize trafficking, many people live in countries with laws that do not comply with the rules that would provide them with comprehensive protection, such as the Trafficking in Persons Protocol. “, said Fedotov.” That needs to change, “added Mr. Fedotov. “Each country needs to adopt the United Nations Convention against Transnational Organized Crime and the protocol, and commit to the full implementation of its provisions.” The truth about child trafficking

minutes of reading3twvkfbcopyEven in today’s world, child trafficking remains a huge problem.  are recorded all the time around the world, often leading to terrible tragedies. The idea of ​​human trafficking, of whatever type, is horrible. But the situation gets even worse when you hear about innocent children being trafficked by

Gangs who exploit them for their own profit.

as well as sexual exploitation. last years. Despite various government actions and vigorous measures taken by different institutions, trafficking is a problem that has only increased worldwide. In 2012, the number of victims of trafficking was around 20.9 million. Since then, the number has almost doubled, with the global count of trafficking victims reaching 40.3 million.

In Brazil alone, more than 50 thousand cases of disappearance of children and adolescents are recorded every year. Image source: stopthetraffik.org/about-human-trafficking/the-scale-of-human-trafficking/In 2017, the Society of Children (Children’s Society) reported that more than 560 children had been trafficked and sexually exploited in the UK alone. In Brazil, the country with the highest incidence of human trafficking in all of South America,

More than 175 cases of sexual exploitation

of children and adolescents were recorded between 2012 and 2016. The website stopthetraffic.org also reports that about 25% of all victims of trafficking in the world are children – approximately 10.1 million. Of these children, trafficked by criminal gangs, 37% entered into forced marriages. It is estimated that 21% (212,100) were victims of sexual exploitation. The numbers are horrible. For many people, 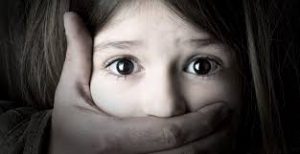 it is almost difficult to believe that human trafficking is such a problem even today. But the truth is that trafficking gangs still manage to take advantage of vulnerable people – especially children – and transport them through an underground global network and then exploit them. Although human trafficking gangs are the most directly responsible, it is worth noting that there are a number of different circumstances that favor the proliferation of child trafficking and make Brazil the country with the worst trafficking problem in all of South America.

Children (NCMEC) found that, among more of 25,500 children registered as fugitives (usually fleeing children’s shelters), almost 15% were probably victims of sex trafficking. In Brazil, child trafficking networks that used daycare centers or even religious missions to recruit children were even discovered. But in addition, the factors that have aggravated the problem of child trafficking are many. On the one hand, we have the ease of

Moving people across the border,

especially on the border between Brazil and Paraguay, where documentation is not required to move from one On the other hand, corruption is also a central element in child trafficking. Police officers receive bribes to turn a blind eye to what happens under the hood. Finally, the demand generated by markets such as sex tourism, prostitution and child pornography has increased even more, making trafficking more profitable than ever.

Because of the false sense of stability that traffickers offer, these children are easy victims of trafficking. However, children from very different areas of society may find themselves at the same level of risk – especially if they do not learn the proper techniques to protect themselves from these dangers. Generally, criminals target younger children, as they are much more vulnerable compared to older children or adolescents,

who possibly already know how to defend themselves in a crime environment. How to protect your children from child trafficking Although trafficking affects enormous number of children who are part of the social assistance system, it is possible for a child from any area of ​​society to be enticed, kidnapped and forced into the horrible world of child trafficking. There are several ways to prevent your son becomes a victim of child trafficking.