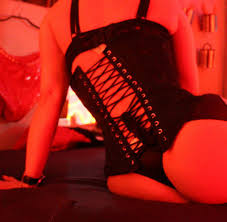 There are several factors that contribute to these situations: religious values, stigmatization of women who cause abortion, fear that this stigma “contaminates” the professional who performs the procedure, prejudices and gender stereotypes related to women’s sexual autonomy and their reproductive rights , without forgetting to mention the disqualification of the woman’s report by the professional she attended.31

The same situation of negligence occurs in attending to the complications of unsafe abortion. In Brazil, since 2005, following a guidance from the World Health Organization, there is a regulation related to humanized care for these cases.32 Although the morbidity and mortality related to unsafe abortion is related to the means used in its practice, there is a direct relationship of its consequences with the quality of the attention received.

According to the Technical Norm of Humanized

Care for Abortion, 32 women who experience complications resulting from unsafe abortion should have priority in care, to be carried out within standards of technical excellence, in a welcoming and humanized way, aiming to reduce the suffering of women , complications and especially, maternal death. However, research has shown non-compliance with the technical standard:

there are reports of women exposed in the corridors after curettage, still under the effect of anesthesia, and of sharing pre-delivery rooms or wards with women who are giving birth.29 This shows the complex relationship between stigma, gender inequalities and health. Women who go against a certain gender norm – in this case, motherhood – are stigmatized and suffer restrictions on their access to health.

In general, they are women with low education, 20 with little or no income and more likely to suffer intimate partner violence.37 Other studies confirm the differences between men and women in terms of exercising sexuality and in HIV prevention practices.38 It has been observed that women infected from love or marital relationships are surprised by the HIV diagnosis.

The stigma related to abortion masks

the reality that pregnancy is the result of the encounter between a woman and a man, that both are equally responsible. And because there is no such thing as totally safe contraception, the availability of emergency contraception is limited and women are not always in full control of their sexuality. The occurrence of unplanned pregnancies is a fact that should be addressed from the perspective of health, 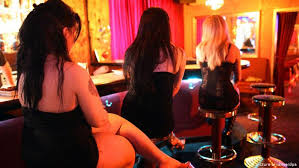 and not subjected to moral judgments. The stigma associated with the decision to terminate pregnancy, added to the criminalization process of this practice, fosters the idea that abortion it is a woman’s little responsible action to correct her mistake. Such an approach obscures the analysis of socioeconomic particularities related to the practice of abortion, in addition to the influence of a chain of situations in making this decision,

In assuming that the HIV / AIDS-related stigma that affects women is not just another development of the more general HIV-related stigma, it is worth pointing out that other stigmatization processes are articulated in the construction of the stigma experienced by them. The analysis of the socioeconomic profile of women with HIV / AIDS provides indications about the specific dynamics of (re) production of stigma.

Although women prostitutes were already present in the data of the early advent of HIV / AIDS , the concern with the so-called “feminization” of the epidemic only occurred when an increasing number of non-prostitute women started to appear in the statistics. This proportional growth – despite the fact that, on the African continent, the epidemic has always affected women more – has raised concerns about reproduction among women living with

AIDS epidemic among women was directly related to gender inequalities.35 The lack of women’s sexual autonomy is translated into the dynamics of interpersonal relationships and health service practices, which are not always able to provide the means for women to enjoy their sexuality with little risk. Examples of such gaps are the disconnect between the provision of contraception and HIV prevention, limits in addressing sexuality, failures in pre- and post-testing counseling.36

The evidence that AIDS among women stems from gender inequalities explains, in part, how it produces the stigma related to women living with HIV / AIDS, considering that they are not part of groups already stigmatized before the epidemic: men who have sex with men, prostitutes and injecting drug users.